The department was born of necessity when the area known as the East Farmingdale Fire District would no longer be protected under contract by the Fire Department of the Incorporated Village of Farmingdale. The company is regulated by its bylaws, and provides the protection required under contract with the Town of Babylon.

At its inception, the Fire Company obtained from the First National Bank of Farmingdale a loan in the amount of $5,000 to erect a firehouse on Maplewood Avenue. At that time, the equipment consisted of one fire engine known as the "Hose Wagon". Shortly thereafter, through contributions, a second fire engine was procured for carrying Indian Cans (which were used as the principal means for extinguishing brush fires at that time).

From the original 2 bay garage on Maplewood Avenue, the Company expanded to a new headquarters on Conklin Street that can house over twelve emergency vehicles, kitchen facilities, meeting hall, administrative offices (Chiefs, Board of Directors) and a recreation room.

In addition, there are now 2 substations (Wellwood Avenue) and (Melville Road) which contain addditional emergency vehicles to help protect our district.

Adoption of our Official Name

Our original membership in 1926 consisted of 57 men. Our current membership consists of over 170 men and women.

Size of Our District

Our fire district covers over 16 square miles, bordered on the West by the Nassau County line, on the North by the Town of Babylon and Town of Huntington lines, on the East by Straight Path and Little East Neck Road, and on the South by the Southern State Parkway and the Southern branch of the Long Island Railroad.

Our district is one of the largest in the Town of Babylon. Its high concentration of industry poses a often dangerous challenge to the members of our department when called upon for emergency services.

The first official meeting of the East End Volunteer Fire Company was held at 8 pm on September 24, 1926, in the temporary headquarters on the premises of Charles Hemholtz, corner of Fourth Street and Locust Avenue, Farmingdale, L.I.

The first recorded alarm occurred at 7:30 pm on December 13, 1926. The actual recording is given below:

"7:30 pm - Fire in two story frame building owned and occupied by Gheraidi family on New Highway, North of LIRR at Pinelawn. Fire caused by explosion of a still in cellar and front of house was blown onto highway. Fire gained headway before alarm was given and when apparatus arrived, dwelling was mass of flame. House and old barn were total loss. After ruins cooled off, search was made, and four barrels and stills were found. State Tropper Corproal Kiernan answered call from Huntington. He ordered LI Light Co. to repair wires and took charge of ruins. There were no hydrants in district, so chemicals were used. Fourteen men responded to alarm and in charge was 2nd Assistant Foreman Tappan. Sebastiano Gheraidi as in cellar when explosion occurred and was so badly hurt, he was sent to Dr. Reid's Hospital in Amityville". 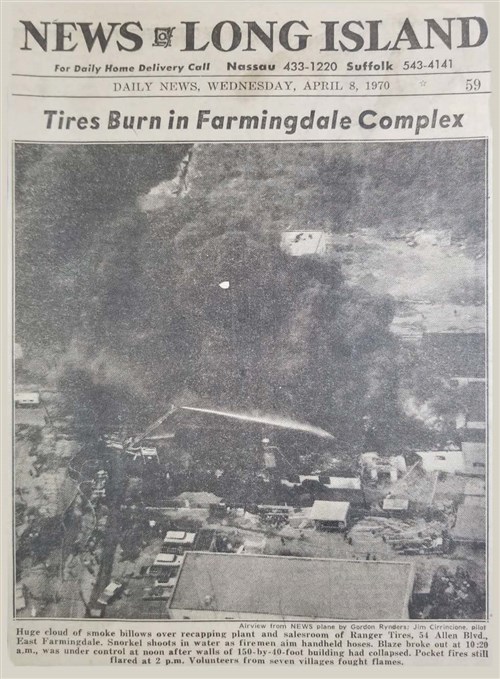 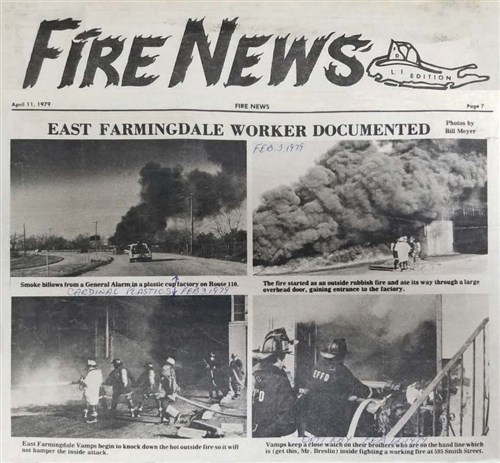 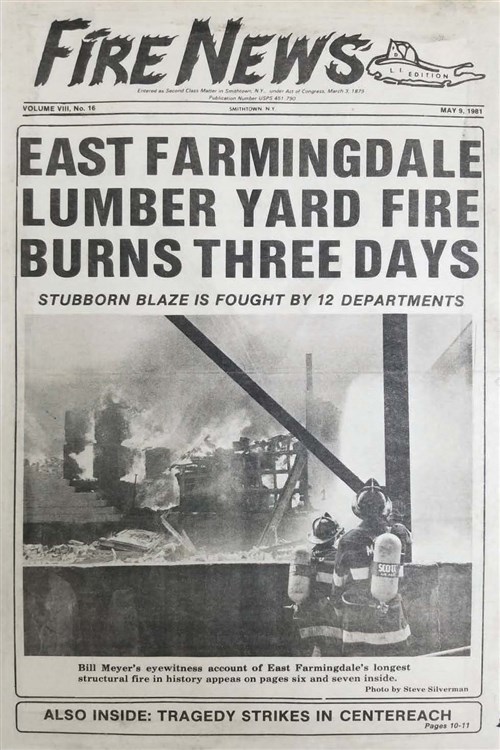 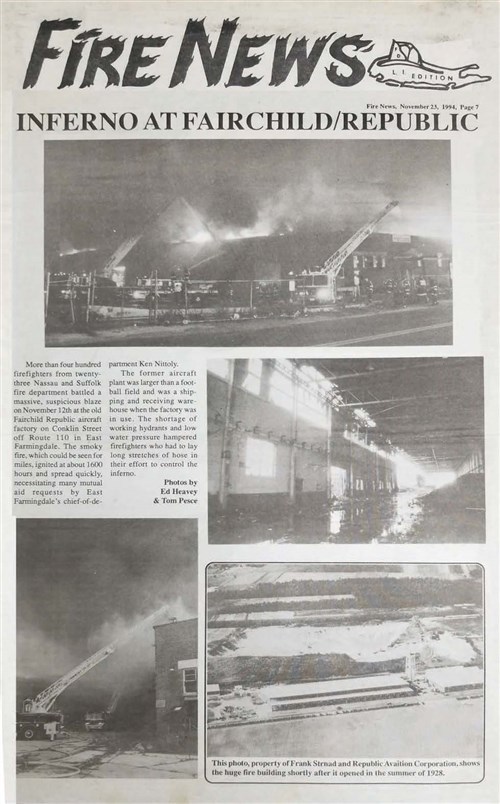